New Delhi, Dec 12 (UiTV/IANS) – Britain Trade Secretary Kemi Badenoch will be in New Delhi from Monday for the sixth round of Free Trade Agreement (FTA) negotiations between the UK and India.

Badenoch will meet her counterpart, Indian Minister of Commerce and Industry Piyush Goyal, in person for the first time, aiming to strengthen ties between the two countries and reinvigorate talks on an ambitious bilateral trade deal.

She will address both teams of senior negotiators ahead of the sixth round of formal negotiations taking place throughout the week.

The talks — the first formal round since July — will target a deal to cut tariffs and open opportunities for the UK services such as financial and legal, making it easier for British businesses to sell to an economy set to be the world’s third largest — with a middle class of 250 million people — by 2050.

During her visit, the Trade Secretary will also meet with business leaders to better understand their needs for a modern UK — India trade relationship. This will include a meeting with envoPAP, a UK company investing over 10 million pounds in India to construct a plant producing Fairtrade paper and packaging products.

Secretary of State for International Trade Kemi Badenoch said: “I’m here in New Delhi to kickstart round six of UK-India trade negotiations and meet my counterpart Minister Goyal in person to drive progress on this agreement.

“Both nations have come to the table with the very highest of ambitions and a willingness to work together towards a mutually beneficial deal. I’m excited about the opportunities we can create for British business.

“India and the UK are the 5th and 6th biggest economies in the world. We have a long shared history, and are in pole position to do a deal that will create jobs, encourage growth and boost our 29 billion pound trading relationship.”

Strong growth in the Indian economy is expected to boost UK exports to India by over nine billion pound by the middle of the next decade, and UK businesses are already taking advantage of the flourishing trading relationship.

UK household name Pret A Manger and fintech pioneers Tide and Revolut are among those expanding in India.

British coffee and sandwich retailer Pret will open its first branch in India early in 2023 following a franchise partnership with Reliance Brands. Mumbai will be the chain’s first branch, as part of a plan to open 100 in total across the country.

Pano Christou, CEO, Pret A Manger, said: “Bringing Pret’s freshly made food and organic coffee to more people around the world is a key part of our transformation strategy, and I’m delighted to be launching Pret in India.

“With strong demand for fresh food and new dining experiences, we see an exciting opportunity to grow the Pret brand across India while also adding something truly unique to its food-to-go market.”

Andy Burwell, International Director at the Confederation of British Industry, said: “The UK-India FTA remains a top priority for industry. We applaud the Secretary of State and the Prime Minister for listening and prioritising substance over pace. Trade is a fundamental driver of growth and India will be an important partner and market as the UK looks to escape stagflation, attract skilled labour and deliver on the green transition.”

Businesses like these could benefit from a reduction in red tape, more affordable cross-border trade, and increased opportunities to work with Indian companies and suppliers thanks to the Free Trade Agreement. 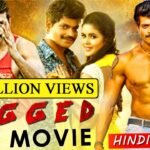