Mumbai, Oct 15 (UiTV/IANS) – Bollywood superstar Salman Khan on Saturday announced that the third installment of his ‘Tiger’ franchise has a new release date. The film will hit the theatres on Diwali 2023 now.

Announcing the same, Salman tweeted: “Tiger has a new date… Diwali 2023 it is! Celebrate #Tiger3 with #YRF50 only at a big screen near you. Releasing in Hindi, Tamil and Telugu. #katrinakaif #ManeeshSharma.”

He also shared a glimpse of himself from the film. In the photo, only the eye of the actor and his wrist were visible as the rest of his face was hidden behind a scarf.

Helmed by Maneesh Sharma, ‘Tiger 3’ will feature Salman and Katrina Kaif. The movie will also feature a cameo by Shah Rukh Khan, who will reprise his role of ‘Pathaan’. The actioner reportedly stars Emraan Hashmi as the antagonist.

8 killed during Houthi attack on govt troops in Yemen 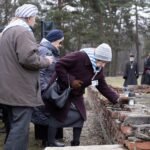