New Delhi, Sep 4 (UiTV/IANS) – The yet-to-be-announced Assembly elections in J&K have a lot at stake for the political parties in the Union Territory. While the BJP may be preparing for the so far elusive Kashmir apple, others like the Abdullahs, Muftis and the rest are also keen to seize power again.

The BJP went into the 2014 Assembly polls in erstwhile Jammu and Kashmir state with the ‘Mission 44-plus’, marking its intention to get a majority in the then 87-member House. It did well by winning 25 seats and occupying the position of a king-maker then.

The rise of the BJP did happen in J&K, but it could not secure anything in Kashmir. The wins were in Hindu-majority Jammu while Muslim-majority Kashmir said a big no. The party not only drew a blank in the valley, all its 34 candidates lost their deposits.

Today, when talk of Assembly elections is doing the rounds, the BJP is readying for the poll battle — to retain and improve on the 25 seats in Jammu and to make a good showing in Kashmir.

In the first-ever DDC elections in 2020, which were like a mini Assembly polls, the BJP was the biggest gainer while the PDP and the Congress were the major losers. The BJP made an entry in the valley by winning three of the 140 seats.

This gave the BJP a glimmer of hope, but the Muslim dominated valley will prove to be a tough call. For the BJP, making inroads into the valley’s political space is a stupendous task.

It is this religious divide that was reflected in the results then. The Modi wave, which had swept the country in 2014, also overtook the Hindu-dominated areas of J&K, giving the BJP 25 of the 37 seats in the then state.

Will a similar situation emerge if elections are held today in the UT?

For Jammu, things have changed after the emergence of the Modi-led government at the Centre. Before the abrogation of Article 370 and changing the status of J&K, Jammu and Ladakh have consistently nursed the feeling of being subjugated by a Kashmir-centric political narrative of both the Centre and the state.

After the breaking of the state, Ladakh has its independent identity now, Jammu has given wide space to the BJP.

The number of Assembly seats has increased by six in Jammu and one in Kashmir. Jammu has got its share of development which in the previous regimes was lop-sided towards Kashmir.

With Jammu also getting an AIIMS, IIT, industrial zones, and other such benefits, the summer capital for the first time in 75 years is seeing itself being considered as an equal to the valley.

With the party strongly entrenched in Jammu, the BJP knows that it is here to stay. In fact, Jammu was the first place where Prime Minister Narendra Modi paid a visit and addressed a mammoth gathering on April 27 after the scrapping of Article 370, thereby giving due importance to his support base.

After the delimitation and the updation of the electoral rolls, the prospects of the BJP will improve more in Jammu. Apart from the new electors, 54,945 refugee families who came from Pakistan-occupied Jammu and Kashmir (PoJK) would also get the right to vote in the Assembly elections for the first time in 75 years.

So would the thousands of Valmikis, who were brought into the J&K by earlier rulers to work as safai karamcharis and scavengers from Punjab. By giving them the domicile certificates and the right to vote in the local polls, the BJP can be assured of the number.

While Jammu continues to be the favourite with the BJP, it is Kashmir where the challenge is. In the 47 seats in the Kashmir Valley, the BJP may not find it easy to open its account. Largely seen as a pro-Hindu party, Kashmir’s Muslim majority is likely to favour the traditional parties – the National Conference, the PDP or others.

With terrorism still not curbed, the fear of the gun has not diminished. The valley has witnessed targeted killings of Kashmiri Pandits, non-locals, policemen, and BJP workers and leaders. The Pakistan-backed separatist lobby has been checked to a large extent that has helped end the stone pelting and every day bandh calls. But the growing radicalisation and waning of the age-old Sufism, is not helping the BJP enter the valley on a large-scale.

The Kashmir arithmetic does not favour the BJP, due to which it will not be able to get the magic figure to form the government. Hence, it will have to go for alliances in Kashmir. And perhaps, Ghulam Nabi Azad’s entry in the political arena could benefit both. There is also the Apni Party and Sajjad Lone’s party which are generally seen as Centre-pipped parties.

For the BJP the J&K Assembly elections may be a mission needed to be accomplished for showcasing to the country and the world. 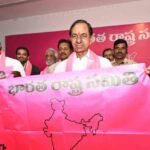 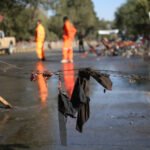