New Delhi, Sep 19 (UiTV/IANS) – A 14-year-old mentally unsound child, who went missing in the national capital, when found, told the police that he was going to meet Prime Minister Narendra Modi, an official said Monday.

Deputy Commissioner of Police (south) Chandan Chowdhary said a PCR call regarding a teenage boy being found near Pushpa Bhawan was received at the Ambedkar Nagar police station around 9.45 p.m. on Sunday.

When the police reached the spot and tried to enquire from the child, he was not able to tell about his parents, name and address, except his own name.

“He was also looking with a bit of an unsound mind as on enquiry he said that he was going to meet with Prime Minister Narendra Modi,” the DCP said.

However, the police made an inquiry in the Dakshinpuri area and finally the parents of the child were traced out.

On inquiry, the father of the child stated that his son was having an unsound mind and had been twice operated for the illness.

“The child went missing on Sunday evening and even the parents were trying to trace him,” the senior police official said.

The teenager was later handed over to his parents under Operation Milap.

GIS-23 to be zero waste event in Lucknow

AAP protests outside BJP headquarters over delay in Mayoral poll 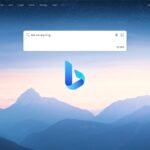