In an interview to Red magazine, the actress has revealed that she has not been shopping for any non-essential items in 2019, reports femalefirst.co.uk.

A”I’m on a thing where I’m not buying anything. I read an article about someone who gave up shopping for a year for environmental reasons,” the 58-year-old said.

Going to a luxury shopping center is a habit for a lot of Hollywood stars. It’s good to see that Julianne Moore decided against it.

“I did it for a month and have carried it on. I can buy books but I can’t buy clothes, shoes or jewellery unless I have run out of everything I have. If I have used every piece of soap in the house, then I can buy new soap,” she added.

The Oscar-winning star, who is also an advocate for changing the laws surrounding gun ownership in the US, feels the whole world is in “crisis”.

“I think we’re in crisis. The whole world is. It’s a time of real unrest, unhappiness and brutality. I always cared (about gun prevention) but the more information you have, the more you’re able to actively participate. It’s a subject I talk about a lot and that isn’t going to stop,” she said.

How To Create A Business Mobile App On A Low Budget

How to Manage Your Rental Property From Afar 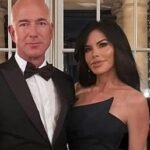