Back in 2011, Brandon Chillar, a linebacker in the USA’s NFL, was released by the Green Bay Packers. Ten years later, Chillar remains only the second American football player of Indian descent to have starred in the national league.

This factoid made him popular with Asian fans of American football, with many wondering if Chillar would look to expand the NFL into his father’s native country. The NFL, despite having only franchises within the US, has continually looked to expand into other areas.

Though pundits don’t cover the exhibition games and sportsbooks that offer NFL betting odds throughout the season treat it as a preseason faceoff, the International Series is still growing. Future contracts could include matches in Germany and China, as well as a potential London franchise.

Players like Brandon Chillar are pivotal to such moves. Back in 2015, a total of twelve international players were drafted from countries like Canada, Nigeria, and Australia. But even US-born citizens with diverse backgrounds like Chillar help stoke interest for international viewers, which is especially important for South Asian players looking to compete in the NFL someday.

Joining Beach as an Indian Hero in the NFL

When Brandon Chillar was drafted by the Saint Louis Rams in 2004, he became only the second NFL player of Indian descent. The first was Sanjay Beach, who played as a wide receiver for the Dallas Cowboys, New York Jets, San Francisco 49ers, and Green Bay Packers between 1988 and 1996.

Despite having an extensive and varied professional career, Beach never quite hit the heights that Chillar did. Chillar, on the other hand, commanded huge salaries at the start of his career. When the Rams drafted him in 2004, he signed a four-year deal worth $2.1 million.

During his time with the Rams, Chillar made pivotal moves as a defensive linebacker. He forced fumbles, posted dozens of tackles per season, and started most of his games while in Saint Louis. Following the end of his contract in 2008, Chilllar headed north to play for the Green Bay Packers in Wisconsin.

There, he signed a two-year contract worth $5.2 million. During his time with the Packers, Chillar became an indispensable part of the team’s defense. He was even part of the team’s 2010 Super Bowl Championship team, the first and only title to be awarded to an NFL player of Indian descent.

Attempts at Launching EFLI in India

Though Chillar signed a four-year deal with the Packers in 2009 when his original contract expired, his $22.65 million contract didn’t last. In July of 2011, Chillar was released by the Green Bay Packers and became a free agent after playing little in an injury-ridden 2010 season.

Rather than work with his agent to market himself toward another franchise in the league, Chillar decided to pivot toward advising and coaching. This is common for many NFL stars, who find their footing after retirement by consulting on football-related projects.

Unsurprisingly, Chillar decided to help launch an American football league in India. This was the Elite Football League of India (EFLI), which saw other sports personalities from the US back the project, such as Mike Ditka of the Chicago Bears, Ron Jaworski of the Philadelphia Eagles, and Michael Irvin of the Dallas Cowboys.

The EFLI launched in 2011 with eight franchises. Eventually, this expanded to 23 teams, with two in Sri Lanka and another in Pakistan. The idea was to emulate the NFL, with seasons concluding with the championship Elite Bowl game.

Despite signing a contract with TEN Sports and Action channels and a potential audience reach of over 500 million, the league didn’t make it past its first 2012 inaugural season. Filmmaker Evan Rosenfeld attempted to document the formation of the new league but wasn’t able to finish his project titled ‘Birth of a Sport’.

The EFLI didn’t have enough interest to sustain its large goals. Though the league aimed to draw interest from rugby players and fans, it seems both were happy to continue supporting international and domestic rugby leagues. However, should this change in the future, Chillar will still be in a prime position to help introduce the sport to the country. 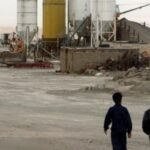 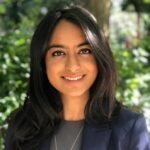 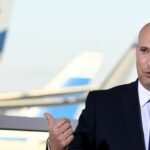 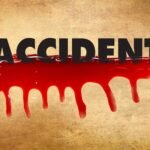