Is there anyone on earth who can totally resist the inviting fragrance and flavor of delightful foods like burgers, pizza, and sandwiches? Perhaps, there’s no one. Everybody loves to rush through their favorite restaurants to have these kinds of foods on their table. Not to mention, some countries have included this menu as their staple and must-always-have sort of foods. Well, it can’t be denied that this over-the-counter food really brings convenience to everyone, especially at times they’re already starving so much. But more than what people already think about these foods, there have been some studies conducted that might leave you in unwavering awe.

The fatty minerals present in your favorite double-deck burgers and flying saucer pizzas are at its best if partnered with cannabidiol condiment. Amazing, right?

A New Discovery in Denver
For certain, a lot of people love the recipe that Carl’s Jr. has with their best-selling burgers and pizzas. As many people say, their burgers are made to be so delighting in every bite and have the strong ability to bring a heaven-sent sensation to anyone who would eat it. But despite the unceasing success of Carl’s Jr. in the business, the management is still on the look of other possibilities to make the food they serve even more mouthwatering and appetizing. That’s why; the said company is striving for more. If you can remember, Carl’s Jr. announced something special regarding the re-customization of their recipe. According to the board, they’re going to incorporate a new ingredient on their best selling recipes for a limited time and slot only. And this historic event for the food industry happened last April this year.

Carl’s Jr had conducted a significant event at one of its stores located in Denver. In the said event happened seven months ago, the restaurant produced a new variant of their best selling hamburger that contains CBD condiments as the new addition from their original recipe. This event that Carl’s Jr had organized is indeed a great milestone for their company as they were recognized as the very first fast-food chain that ever considers the use of CBD on their recipe.

The famous Rocky Mountain High was the talk of the town during that day. It was the specific recipe that Carl’s Jr integrated into a CBD-infused hamburger that made them instantly popular across the city. Rocky Mountain High presents two-layer and authentic beef patties, pickled jalapenos, pepper jack cheese, waffle fries, and the new addition, of course— the hemp-derived CBD extract. The restaurant used 5 milligrams of the said CBD extract, which they believed was already adequate to root effectiveness and deliver their desired result.

CBD and Your Favorite Fatty Foods
As science has already explained regarding the known benefits of marijuana and other related minerals like CBD, such kind of extract is non-psychoactive in nature and is known to be effective in alleviating pain, stress, anxiety, and some other minor diseases that have something to do with discomfort. Definitely, it all should always come with responsible usage and adequate knowledge. However, when the extract is taken under the presence of fatty foods, it provides more health benefits that not everyone knows. CBD has a more effective effect on the human body when taken through these fatty foods compared to the normal way of intake. It has been proven by the newly-released study, which reveals that eating fatty foods like burgers and pizza before intaking the CBD extract might escalate the absorption rate. In this way, the therapeutic benefits of the CBD have more chances of getting into the body and perform the specific functions it has to be.

The research department of the University of Minnesota had conducted a certain study to clearly analyze how fatty foods and CBD are correlated with each other. In the result, the researchers have ascertained that CBD absorbed deeply in the body entails more health benefits than usual absorption. Aside from the absorption, fatty foods also sustain variability, which can’t be easily found from normal foods.

Wrapping Up
CBD and fatty foods are not being recognized before due to its unhealthy reputation toward health-conscious people. However, this new discovery must serve as a lesson to strive for more when curiosity strikes through. It might help you a lot.

How To Create A Business Mobile App On A Low Budget

How to Manage Your Rental Property From Afar 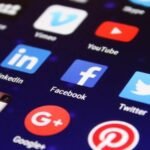 5 social media trends that will define 2023 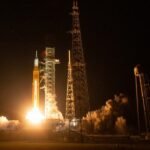